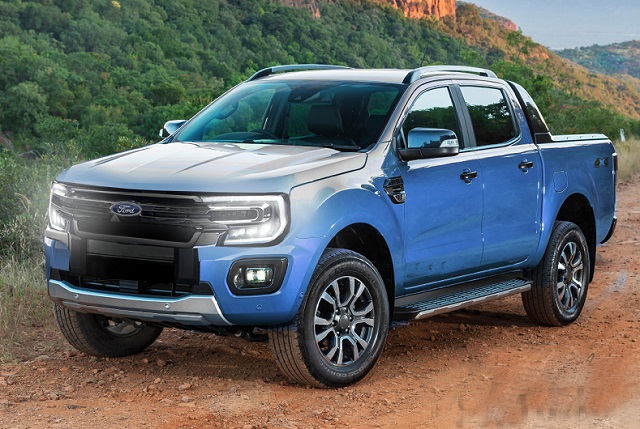 While the full-size trucks are Ford’s most important vehicles in the US, the mid-size Ranger is a real thing for the brand in Australia. The Ranger returned to the US for the 2019 model year but it’s based on the global version.  Ford is now working on the third-generation Ranger and the redesigned model will hit the market as the 2022 model. The 2022 Ford Ranger should come with radical improvements in all aspects as leaked details and reports suggest.

Based on what we know so far, the redesigned Ranger should come on the upgraded platform and with significant improvements applied to the suspension system.

The reworked pickup truck comes also with bolder, US trucks-inspired styling. The new version will also switch to the next-generation infotainment system and safety technologies. The interior will also benefit from the upscaled design and sophistication.

Ford is also working on significant powertrain upgrades. The new Ford Ranger will discontinue a 5-cylinder turbodiesel engine but there will again be two oil-sipping options including a newly available V-6 unit. The new-generation Ford Ranger will also get a petrol-based plug-in hybrid powertrain. The brand will also introduce the Ranger Raptor for the US market.

The third-generation 2022 Ford Ranger will use the upgraded, Australia-engineered T6 platform shared with the global Everest SUV and all-new Bronco. The new version should also come with the revised dimensions but there won’t be radical size changes. The next Ranger should ride on a slightly longer wheelbase and have a wider track for better stability. There will also be significant suspension geometry upgrades that should translate to better on-road and off-road performance.

The profile of the model will include sculpted fender flares with increased wheel travel. The rear will come with a redesigned tailgate and taillights.

The 2022 Ford Ranger will also benefit from the significant in-cab upgrades as the reports claim. The new Ranger will come with upscaled material quality and the brands’ latest in-car technologies.

The equipment list will include a new-gen SYNC 4 infotainment system with wireless Apple Car Play and Android Auto. The redesigned dash will accommodate a massive 12.4-inch vertical-oriented touchscreen in the upper trims. The truck will also be equipped with a 10.25-inch digital instrument cluster.

Significant sheet metal, in-cab and technology upgrades of the redesigned 2022 Ford Ranger will be backed up by the major power boost and suspension upgrades.

The truck will return with two turbodiesel engine options but without the current 3.2-liter five-cylinder unit. The new on offer will be a 2.0-liter turbodiesel four-cylinder unit capable of producing 210 hp and torque of 368 lb-ft. Every engine option will be in the mix with the 10-speed automatic transmission.

The global Ford Ranger should also switch to a new more powerful 3.0-liter turbodiesel V-6 engine in the Raptor version that should also be available in the top grades. This engine is good for 250 hp and torque of 443 lb-ft. Under the hood of the US-spec Raptor version will be a 325-hp 2.7-liter EcoBoost V-6 engine combined with the serious off-road hardware.

In addition to two diesel options, the mid-size Ford Ranger will also introduce a plug-in hybrid powertrain version. The electrified Ranger will combine a 2.3-liter turbo-4 petrol unit with the electric system for the total output of 362 hp and torque of 501 lb-ft.

Ford should showcase the new 2022 Ford Ranger in late 2021. The new-gen Ranger will be marketed in six trim options. Expect the base model from about $50, 000 in Australia.