Just a few years before the redesigned Chevy Colorado and GMC Canyon marked the resurrection of the mid-size truck class, few models left the US market. Among discontinued models was the Dodge Dakota (the Ram Dakota in the last two production years). About the same time, Ford also ended production of the Ford Ranger for the US market. However, with the growing demand for the mid-size models, Ford  made the decision to return the Ranger the stateside.

The rumors suggesting that FCA is also considering the come-back of the Dakota nameplate. This model has, however, been rumored for the return since its discontinuation. The brand, on the other hand, confirmed the Wrangler-based truck but this model seems also to be delayed for the 2019 model year. So, we don’t see any proof that Dakota nameplate will return as the 2018 Dodge Dakota but let’s see what the rumors suggest. 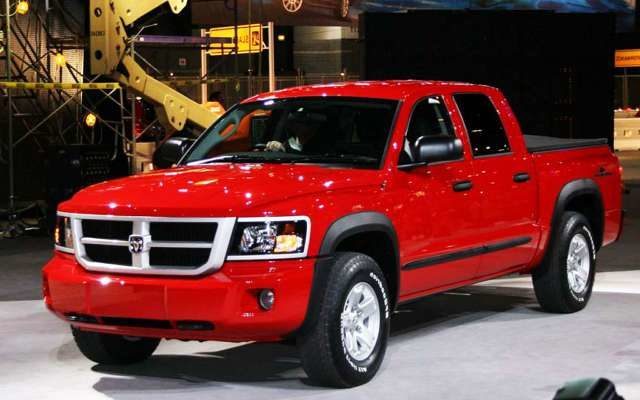 The pickup truck industry is evolving rapidly and demands are changing. The mid-size class was faced with declining of popularly in the last decade and the most of the sales in the pickup market has been from the full-size models. However, the things have started to change after the introduction of Chevy Silverado and GMC Canyon in the 2015 model year. More compact models have been recognized as good alternative to the full-sizers because of their more-friendly price and better fuel efficiency.

One of the mid-size trucks that was faced with discontinuation in 2011 was Dodge Dakota also known as the Ram Dakota in its last two production years. This truck was present in three generations in its 25 years run. It was the first mid-size pickup model that offered V-8 engine option and it was also the pioneer with the first rack and pinion steering for the work trucks. The production of this model stopped in 2011 but since then it has been reported for the return. Now, according to some reports, the brand is developing new 2017 Dodge Dakota Concept model but details about it are very limited.