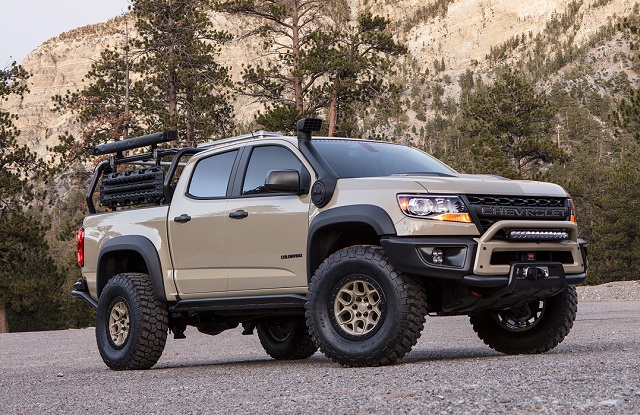 Chevrolet still hides details about the 2019 Colorado and we don’t know would the upcoming model year bring the mid-cycle refresh. However, it has been reported that Colorado could add new off-road focused version which should be even more capable than the current ZR2 version. Aside from the Z71 variant, with the “basic” off-road capability, Chevy introduced the ZR2-badged version with significant off-road upgrades. This off-road runner arrived for the 2017 model year and Chevy could soon introduce even more capable ZR2 version.

Recent reports suggest that the brand trademarked the ZR2 Bison nameplate and it could arrive as another version of the 2019 Chevrolet Colorado ZR2. It would get the Bison suffix combined with unique styling elements and off-road enactments. The new version will be heavily influenced by the Colorado ZR2 AEV concept that was presented at the 2017 Shema Show with the aftermarket upgrades. 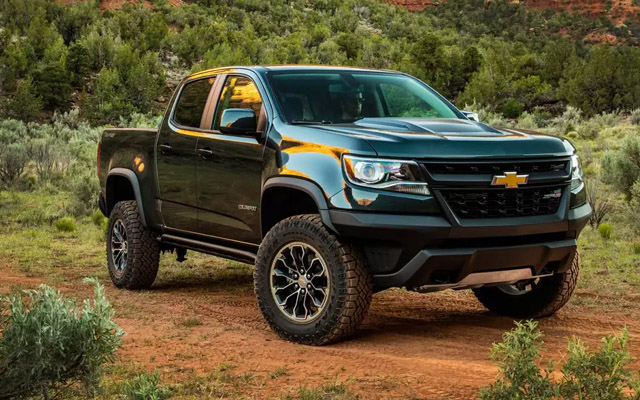 Chevy’s redesigned light-duty Silverado 1500 made an early year debut. They have also introduced the new 4500 and 5500HD models while was also spotted testing the new generation of the 2500 and 3500HD models. However, the mid-size Chevy Colorado hasn’t been spotted yet. Chevy hasn’t also revealed the details about the 2019 Chevrolet Colorado. The return of this model and its twin Canyon in 2015 marked the revival of the mid-size segment in the US. And now when the new Ford Ranger returned the stateside, GM is also expected to make improvements to its mid-sizers.

The refreshed Colorado could arrive for the 2019 model but may also wait for the last model year of this decade. The visual changes are expected to follow the pattern of the all-new, light-duty Silverado. The interior should also get refreshed materials and upgraded equipment. Engines will likely stay the same but with possible upgrades and new transmission system. 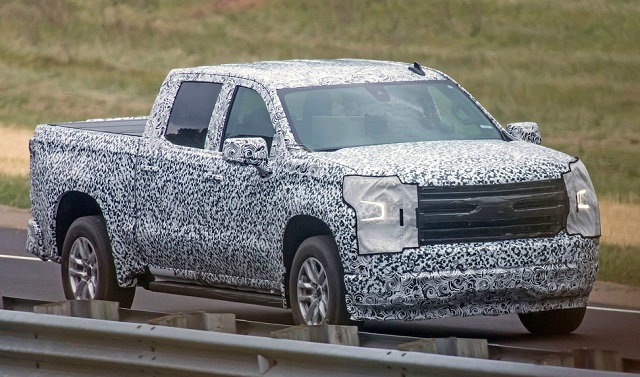 The light-duty Silverado 1500 is GM’s perennial best-seller but while the sales of the best-selling F-150 have grown for few percent in last model year, Chevy’s full-size pickup sold in fewer units. In order to keep the pace with recently refreshed F-150, Chevrolet is working on the new version of its light-duty truck which will arrive in 2018 as the 2019 Chevy Silverado 1500. A heavily camouflaged prototype of new-generation Silverado was spotted while testing in the form which suggests it is near production-ready phase. It’s mechanical twin, the GMC Sierra has also been in the testing phase and should arrive a bit later than new Silverado.

Chevrolet still hides important details about the redesigned Silverado and more we will now closer to its debut which is expected in early 2018. What we should expect are improvements on all fronts. The model will undergo structural upgrades and should also improve its power and towing capabilities. The styling will be an evolution of the current form and the new version will gain upgraded tech and safety features. Overall, the new Silverado will experience extensive update rather than full redesign. 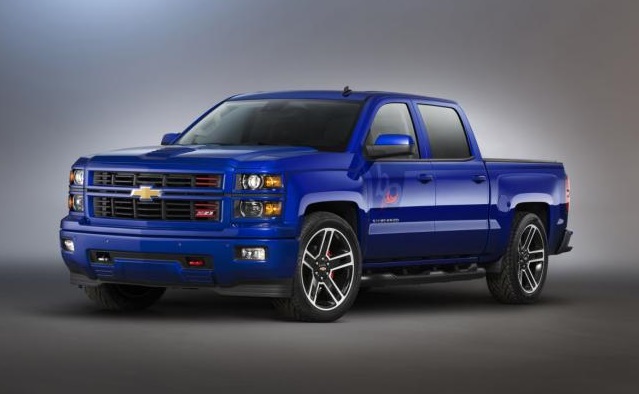 Chevrolet already offers its Silverado models in the wide range of body styles and trim options but if you want your truck to stand out from the crowd you can also choose between several special edition versions. Depending on your personality you can pick the Redline, Midnight, High Desert, Rally and another special edition option. However, before Chevy offers updated Silverado 1500 for the 2019 model year, the 2018 Chevy Silverado SS is rumored to bring more excitement to the lineup.

This wouldn’t actually be something new in Chevy’s lineup as brand offered the SS trim almost for all models in the period from early to mid-2000s. The SS stands for the SuperSport and that should bring more aggressive exterior and unique interior combined with sportier suspension and driving feel. 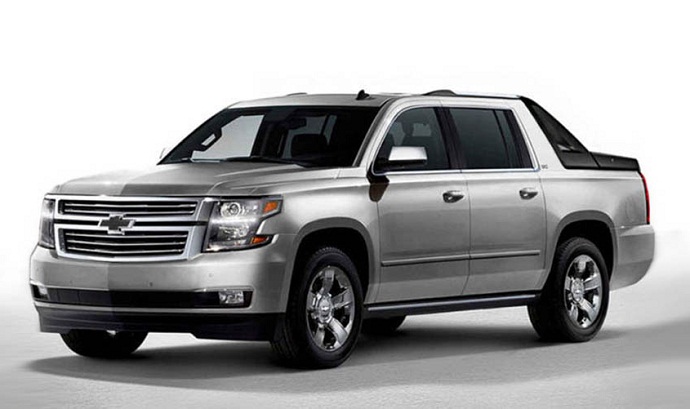 The economic crisis and high oil prices pushed out many vehicles from the production lines and sent them to the history. The market was then turned toward smaller and more economical vehicles. The Chevy Avalanche and similar Cadillac Escalade Ext were unique vehicles which faced with the discontinuation in 2013 and some of the reasons were probably related to the global economy problems.

The Avalanche faced with the downward trend of sold units in the last six years of its existence with the number of sold examples fluctuating around 20k. However, with the recovering economy and stable oil prices also recovered the sales of the full-size SUVs and mid-size trucks. This trend should continue in the future and we already have new full-size models on roads and the new announced to come. In that context, rumors already circulating that GM might return the Avalanche nameplate as the 2018 Chevrolet Avalanche. 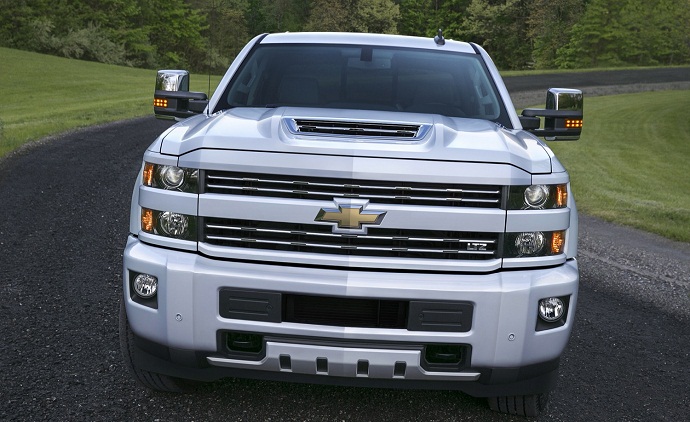 If you need the truck which abilities surpass those on of the light-duty versions you shouldn’t only consider Ford’s recently redesigned Super Duty Series as Chevy’s Silverado 2500/3500HD models have the confidence and capability which can compete with the best truck brand. Despite, we don’t expect and see enough evidence so far that GM will reinvent HD models or add significant upgrades you shouldn’t lose the focus from the 2018 Chevrolet Silverado 2500 / 3500 HD models.

What could be new?

As the thing now stand, Chevy won’t make big changes on its heavy-duty models as it has done an important job for the 2017 model year. With the redesigned Duramax turbodiesel, new air intake system and digital steering feature, the heavy-duty duo can soldier for several model years with mild upgrades. Before, a more substantial upgrade, we should expect new trim packages and feature upgrades which will keep the things interesting and up-to-date. 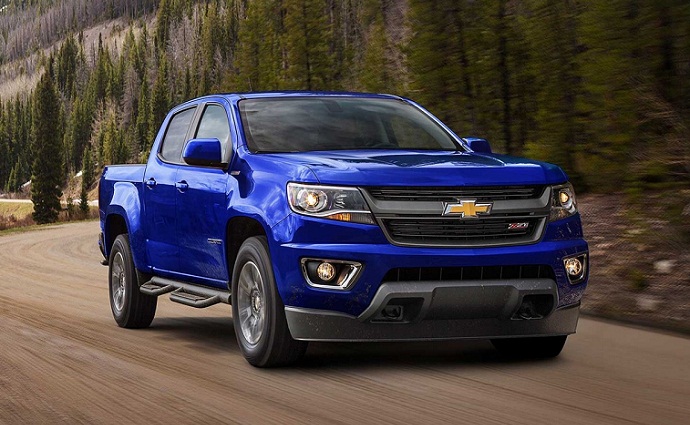 Chevy Colorado is somewhat more traditionally styled of GM’s two mid-size trucks. However, that doesn’t mean it makes compromises and it comes with plenty of high-tech and convenience features. What is more important, this truck also can tow significant loads while also providing well-balanced handling and steering. With all mentioned, this truck can also be equipped with the hardware that provides impressive off-road potential. The latest ZR2 version of this truck goes on the Tacoma TRD Pro armed with the extreme off-road equipment. However, the 2018 Chevy Colorado Diesel and other versions should also see some upgrades as well. 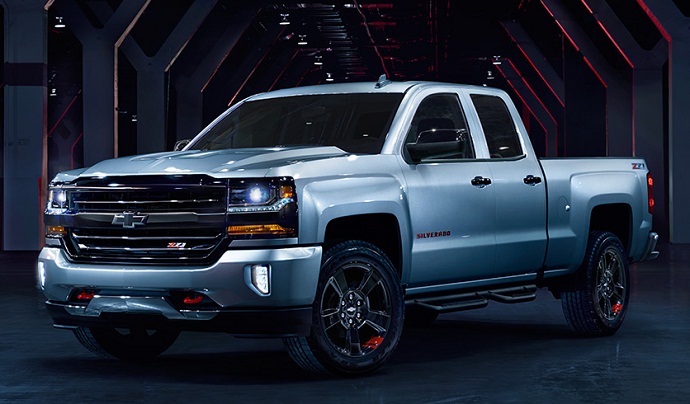 Aside from buying trucks for their primary purpose, many truck buyers like to add a bit of its personality in their utes. Truck makers know that and they offer their machines in the variety of configurations and trims but special editions are also very popular.  Chevrolet already offers a number of special models for its Silverado models but soon truck buyers will also get a chance to pick the 2018 Chevy Silverado Redline Edition. Chevrolet announced at the Chicago Auto Show that its popular trucks will wear a unique styling which gives a sportier attitude to them.

However, this is not surprising as we already saw this maneuver from Chevy when it appeared at the 2015 SEMA Show in Los Angeles. Then, Chevy showed five models specially styled and they included models: the Malibu, Camaro, Trax, Colorado and Silverado. Obviously, Chevy tested how the public will respond to these models. Since it is bringing them to the showrooms we know the answer. And again, this Special edition won’t be reserved only for Silverado trucks. Chevy will offer nine of its models with the special look. Available will be Cruze LT, Camaro LT/SS, Malibu LT, Equinox LT, Trax LT, Traverse Premier, Colorado LT and Silverado Double Cab LT Z71, Crew Cab LTZ Z71.

If you think that Chevy is alone among other truck makers that debuted the new Special edition models you are wrong. Ram also presented its Ram 1500 Chopper Sport version while Toyota offers the Tundra TRD Sport. 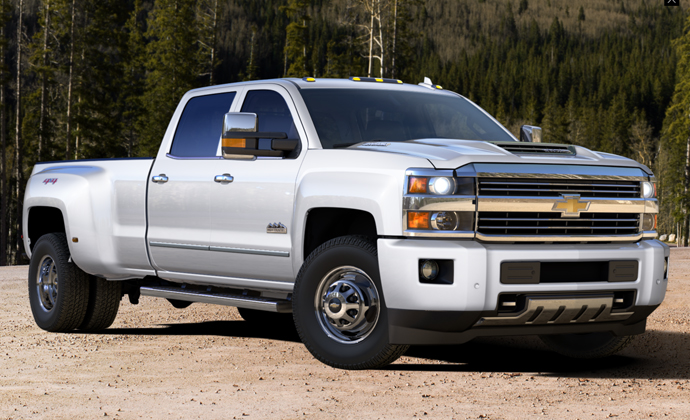 When you need a heavy-League pickup truck, it only depends on what level of towing and hauling ability you expect and Chevrolet will offer you a great solution. But if you need capabilities that exceed the potential of the half-ton Silverado 1500 or even ¾-ton Silverado 2500 there is a one-ton Silverado version with dual rear wheel setup and immense towing and hauling capabilities. This model, in its newest version 2017 Chevrolet Silverado 3500HD, has got some serious upgrades which made it better and more competitive with best-selling Ford Super-Duty Series.

Why is it better? 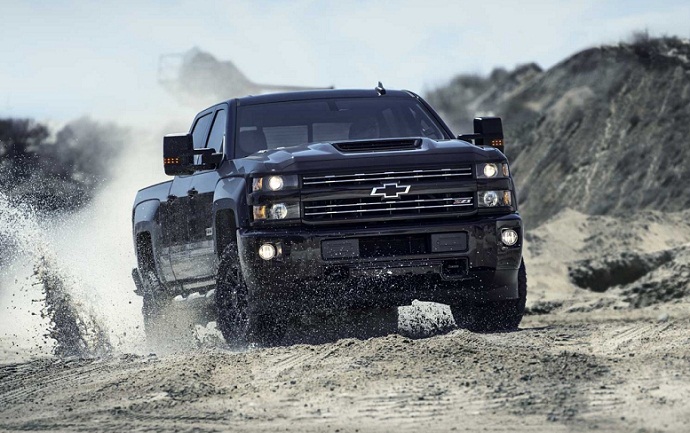 For heavy-duty towing and hauling jobs, you need a strong and dependable truck. Ford might be the first association but Chevrolet also has the strong base of fans. Its heavy-duty trucks are modern working machines with imposing towing and hauling capabilities, great build quality, long list of available features and configurations. With all of that on its account, you can also count on pleasant driving nature. As we said it comes in a range of configurations and among then you can pick 2017 Chevrolet Silverado 2500HD Crew Cab if you need the version with the most spacious interior.

Chevrolet redesigned its heavy-duty haulers for the 2015 model year and also brought infotainment and driver’s assistance upgrades for the 2016 model. The star of the 2017 model year is an improved Duramax turbodiesel while other changes include new color options, new aluminum wheels, etc.

As for the crew cab models, they come with either long 8 feet or standard 6.5 feet bed. The model features full-size rear doors that provides the most spacious interior. Two engine options are available and four trim levels including WT, LT, LTZ and top High Country. There is also the Z71 off-road package which brings beefed off-road hardware and unique trim elements.